A name we have always been in love with, and have linked with Ferrari is back. It now is linked to Ferrari’s most powerful pure combustion production car to date. The Daytona is back, in the form of the SP3.

What is it: Part of the ultra exclusive Icona series, the Daytona SP3 is a limited-run mid-engined V12 roadster. Only 599 units will be built of the 840hp, 6.5-litre naturally aspirated V12 fire breathing monster.

The 599 units will be built and delivered by the last quarter of 2022, with Monza SP1 and SP2 owners getting priority. Unlike the Monza duo, the SP3 will be road legal throughout the world and can be yours for just 16.77cr rupees.

SP3 (Sexiness Personified 3X): The looks are just too good to overlook. The references in the design are a clear throwback to Ferrari race cars from the 60’s. It features some of the aerodynamic and ahead of time elements from older race cars. These are then fused with design cues derived from modern Ferrari’s. 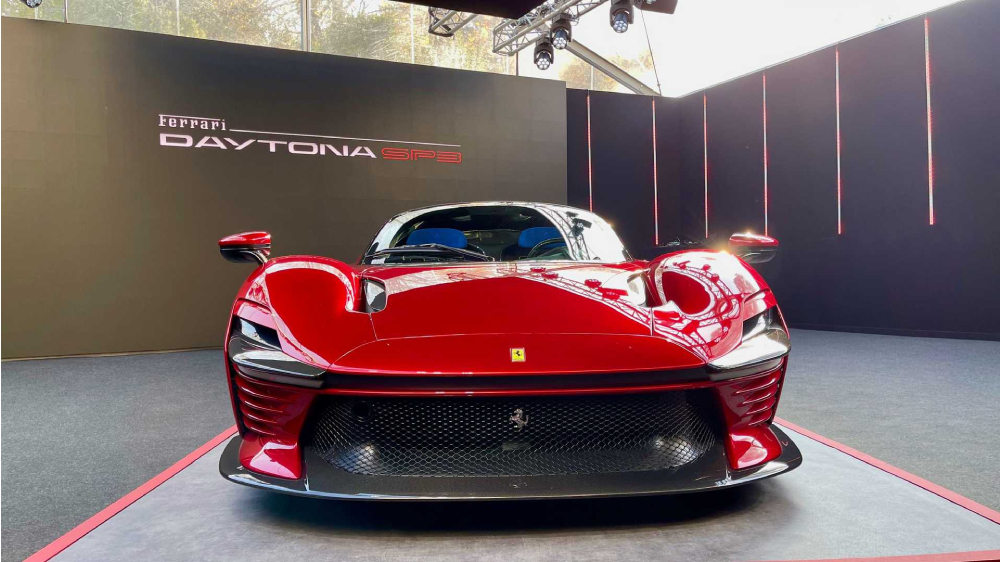 The windscreen is a wraparound one, which is low set linking it to the P3/4. The front has eyelids of sorts, which look like pop up headlights seen on Ferrari’s of the past. 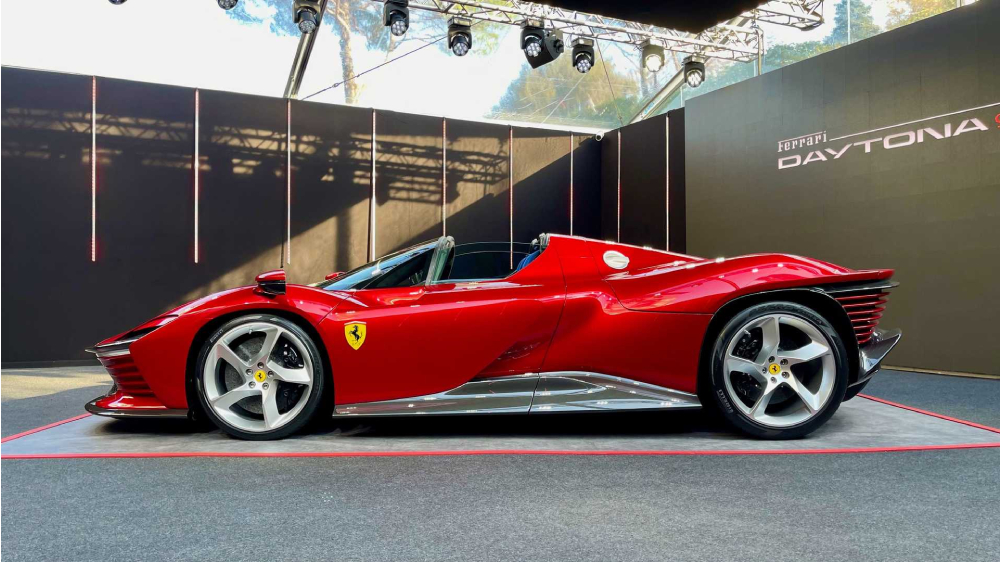 The side mirrors move forwards and sit on the front fenders, improving airflow and visibility. Sleek air vents are integrated into the butterfly doors which supply fresh air to the side mounted radiators. 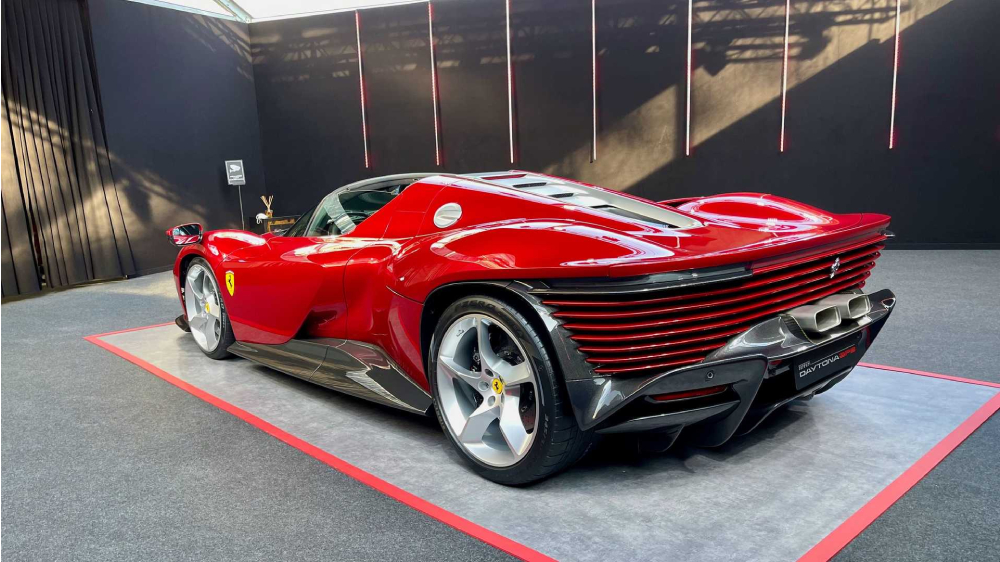 It is however the rear streaks running across its taillights that are by far the most retro design element on it. They look fabulous in photos and will probably look drop dead gorgeous in the flesh as well. 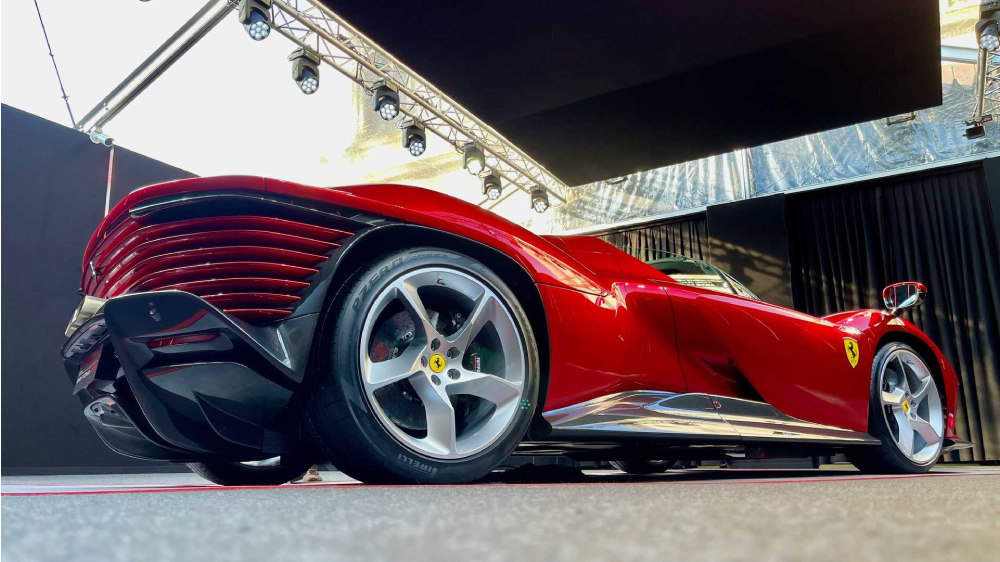 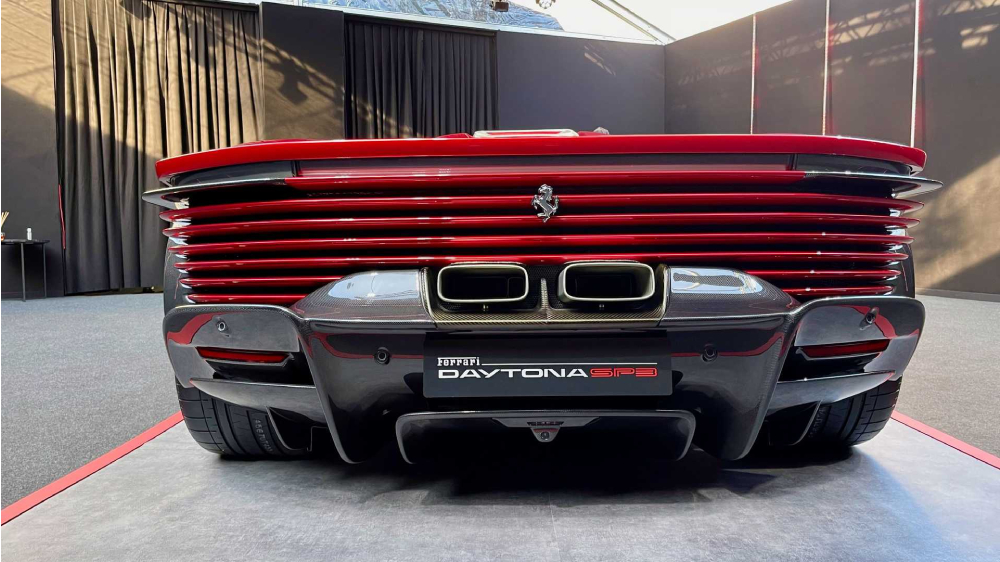 Even the minimalist interior is wrapped in blue alcantara linking it back to the rocking 60’s. 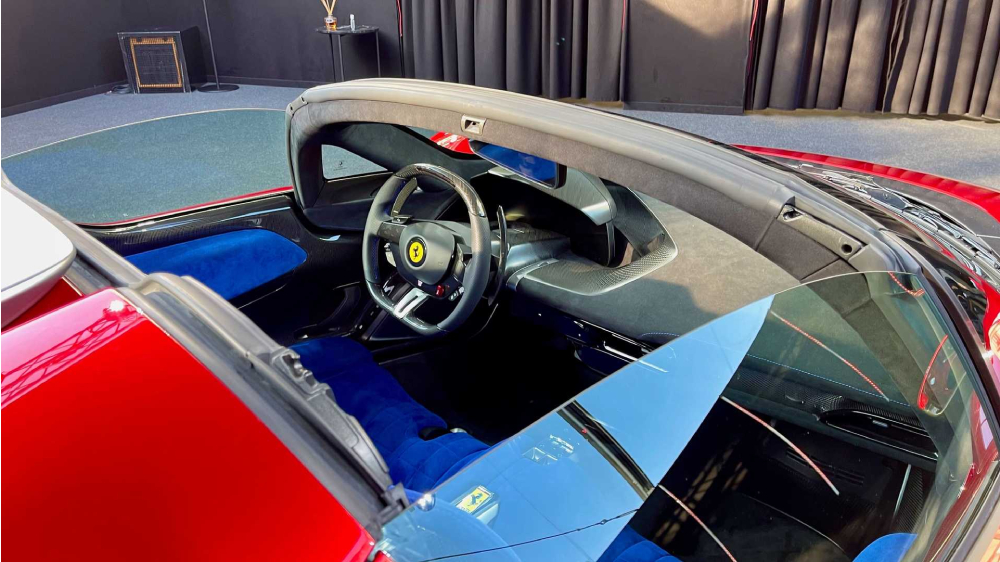 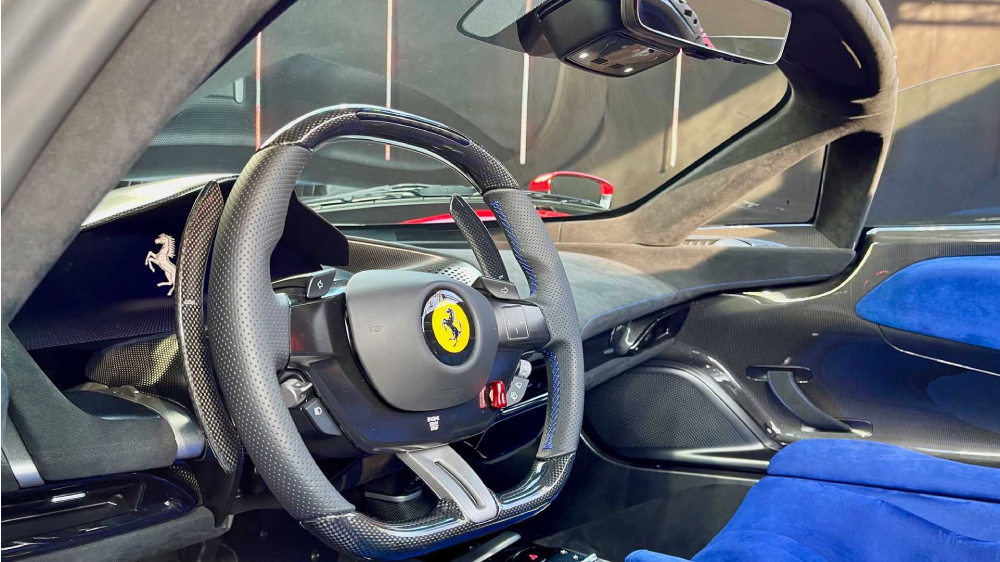 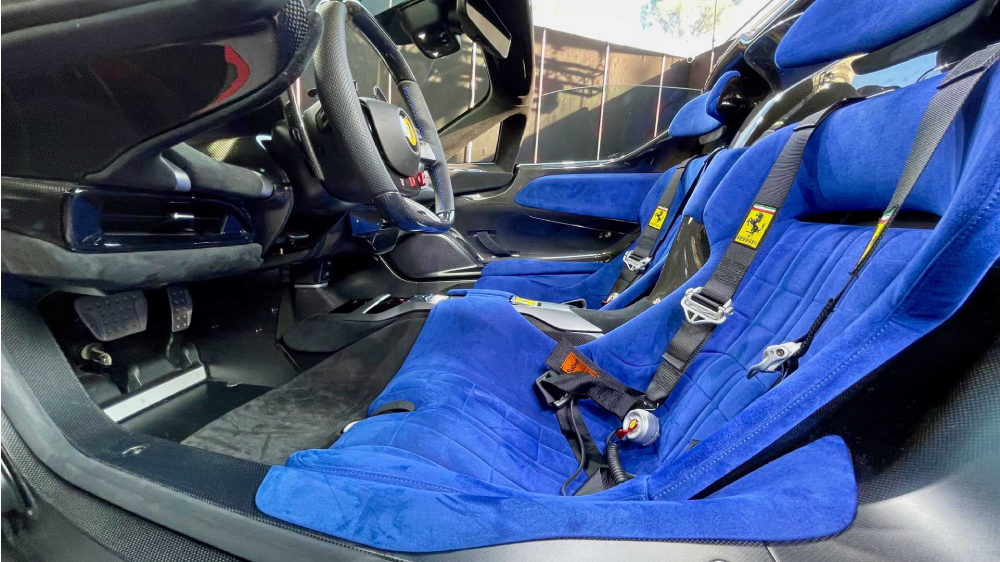 Low Rider: If you ever have the chance to experience the SP3, you will be sitting lower and more reclined than any road legal Ferrari ever. To get the desired drag coefficient, the SP3 is only 1,142mm tall.

F for Fast Ferrari: Debuting with the NA V12 mounted in the back after 2018 and the LaFerrari, the SP3 is surely a special one. 840 hp and 697 Nm guarantees it is the most powerful non electric assisted V12 created by Ferrari. 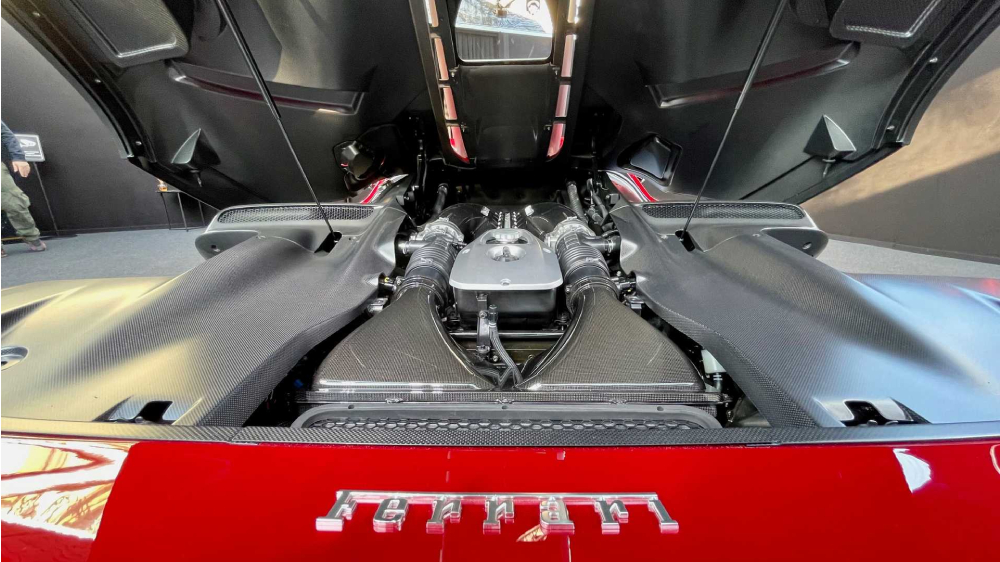 The SP3 has a heavily reworked version of the V12 from the 812 Competizione. Changes include a modified intake and exhaust, lightweight titanium conrods. Reduced-friction piston pins and a lighter, rebalanced crankshaft are also part of the package. 9,500rpm redline, a 0-100kph time of 2.85sec and a top speed of 340kph are some of the other figures courtesy of the SP3. 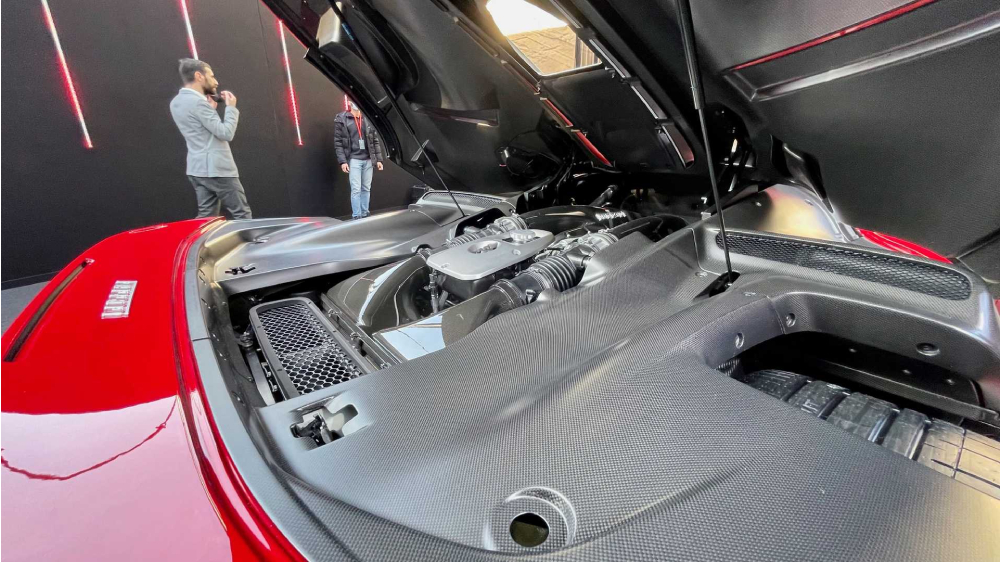 Optimised weight distribution thanks to the mid mounted engine allows for a balanced layout. The SP3 weights 1,485kg dry and has a power-to-weight ratio of 566 hp per tonne. 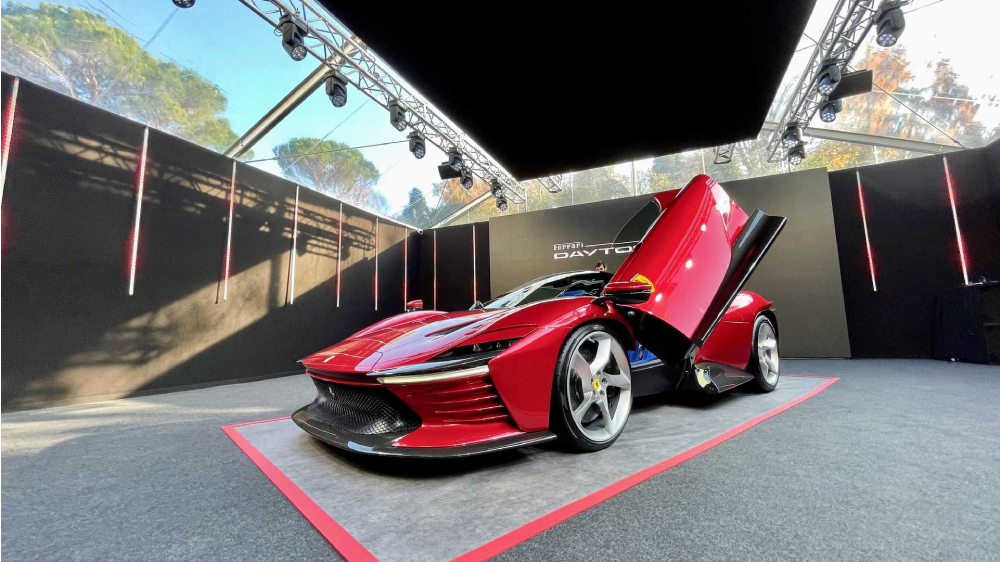 Will we see one in India? Only time will tell.