Those are just the stats of what Mumbai witnessed on the 15th of August, 2021.
In accordance with our traditions, Independence Day Celebrations were back, after a hiatus last year and 2021 did not disappoint. This year, however, the event would be private and would be more about visiting the iconic locations in Mumbai that have served us over the past few years and have helped us create memories we cherish to date. We were going back to our roots. 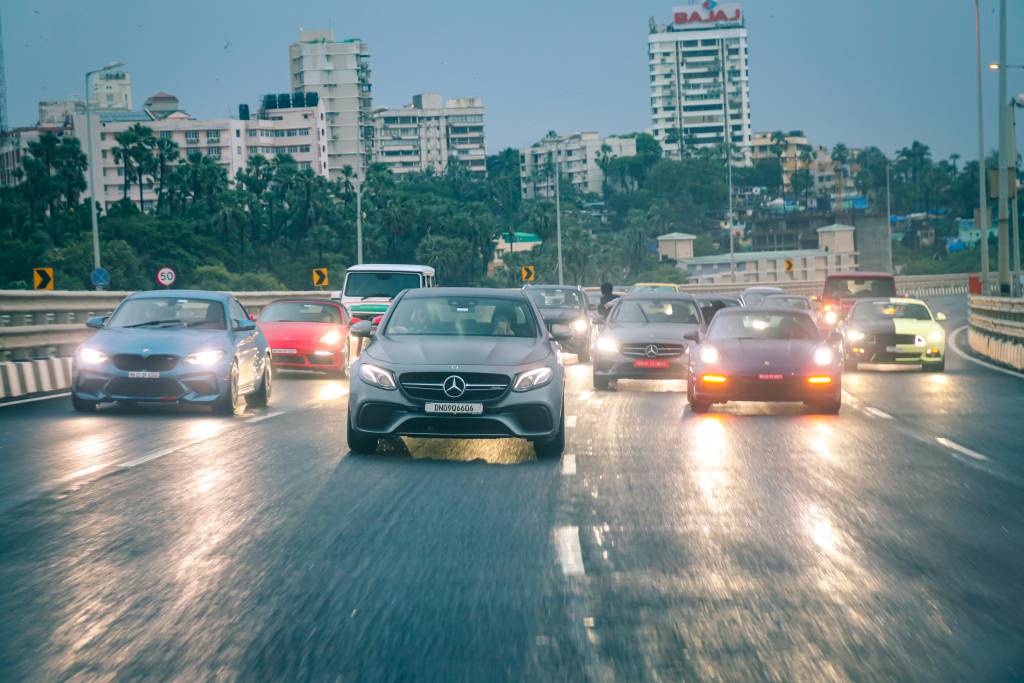 This time around, BKC lit up visually and audibly at 5:30 am with cars pouring in from the whole of Mumbai for the 60-kilometer loop planned for the day. What also came pouring was the rain, with the roads soaked and cars wet as well.

The Sofitel parking lot has witnessed many vintage car rallies there, however seeing horsepower line up in the thousands was a radically different feeling. From Ferrari with the Roma to Lamborghini with the pearl capsule Urus, Porsche with the 911 Carrera S and Mercedes Benz with the E63s. Besides manufacturers displaying cars from their fleets, owners were out in large numbers as well in all sorts of cars ranging from Caymans to Huracans and some even in G63’s!

With parking slots quickly filling up and an almost supercar traffic jam forming outside, we dispersed from BKC onwards to our first iconic location, the Bandra-Worli sea link also known as Mexico bridge thanks to its long uninterrupted straights. And boy was it uninterrupted. 7:00 am in Mumbai allows for some of the most exciting things we usually cannot do like 75+ cars casually cruising down the Sea Link. Smiles on everyone’s faces were visible whether you were inside a car or outside spotting one. 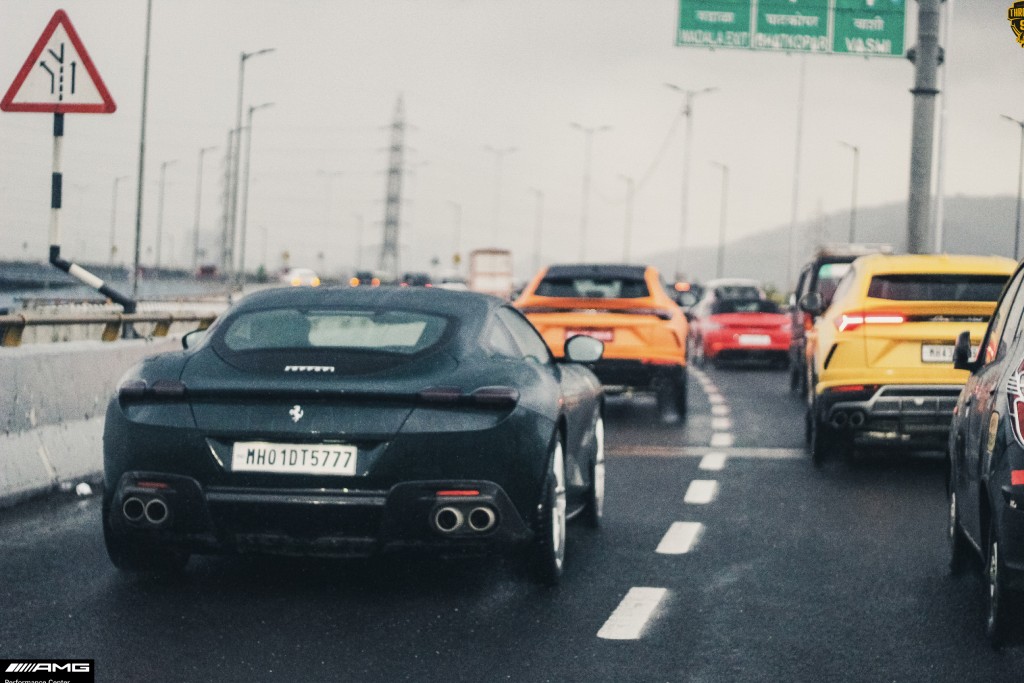 Onwards from the sea link, the convoy headed towards HajiAli via the iconic Worli SeaFace. With the rain not wanting to go away, all the cars cautiously followed the speed limits and made their way. Haji Ali signal saw a rev battle between the V8’s in the convoy, specifically the eargasmic 6.3 V8 in the C63 AMG and the high strung 4.4L V8 in the M3.

Cruising towards Horniman Circle, saw the cars against the gorgeous landscape of the beach on a marine drive with the sun starting to peek out and rain receding. Old Buildings and New Cars, can’t really go wrong with that and South Bombay offered the former in plenty while we offered the latter.

No drive to town is complete without a run down the Eastern Express Freeway which unlike the sealink offers bends and turns allowing for drivers to play with their cars. Two lanes, in the rain which had returned once again, did not allow for much playtime however with the C63 Coupe pace car ensuring everyone stayed under the speed limit. What this did allow however was for some of the most cinematic static and rolling shots of the convoy.

A quick sprint through the tight roads of Chembur, and we were back on the highway, with the BKC connector insights. All engines were on cooldown mode, as the bridge, got far more colorful and the starting point is the Sofitel parking lot started to fill up once again albeit with more cars than the morning!

Cars lined up, engines turned off and the breakfast spread was opened! While the queue formed, it was our beverage partner RAW who had a bottle of juice out for everyone to refresh themselves with!

A sumptuous continental breakfast spread was almost as beautiful as the cars spread out in the lot outside! Our media partner Autocar India had created a special gift in the form of a printed version of an Iconic picture from our recent venture out onto the NATRAX speed track a few months back!

The cars cooled down, the members fueled up and soon the exit of the convoy began with a supercar scramble of sorts with them heading in different directions with some going sideways and some quick in the straight line down the roads of BKC!