Globally launched in 2019 and teased many years back, the Taycan finally debuts in India. While Porsche India has taken their time bringing it here, they debut it just before Tesla does.

What’s on offer: Prices start at an eye-watering 1.50cr for the base Taycan and go up to 2.30cr for the Cross Turismo Turbo S. (All prices are Ex-Showroom, India) The Taycan is sold in sedan and cross turismo body styles with the standard being exclusive to the sedan. 4S, Turbo, and Turbo S are available in both body styles. 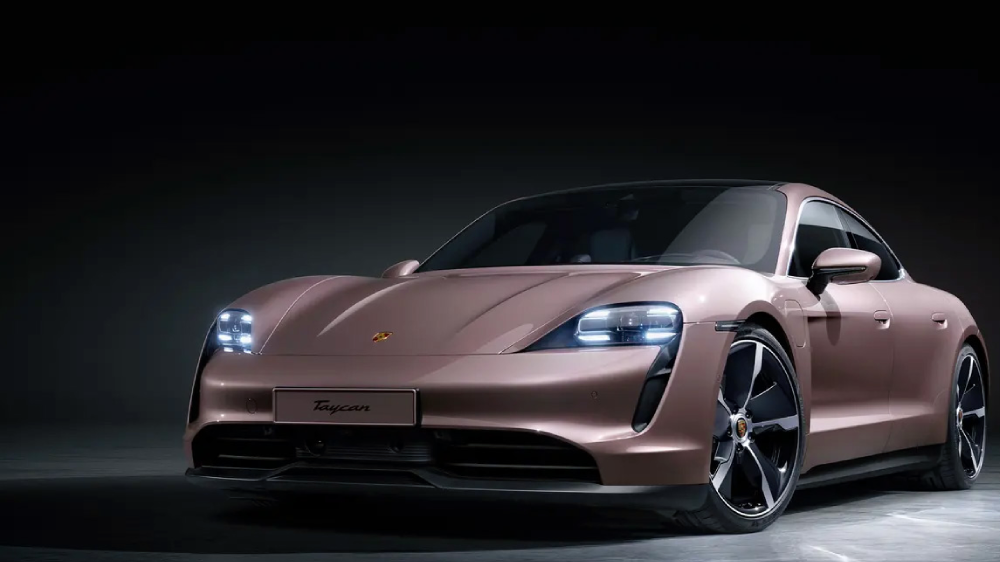 What is it: The Taycan is Porsche’s first and currently only pure EV. It is based on and shares its platform with the sister Audi E-Tron GT launched a few months back.

The Taycan in essence is an electrified version of the Panamera but looks light years ahead. It is one of the few cars that looks very close to its concept, Mission E from 2015. 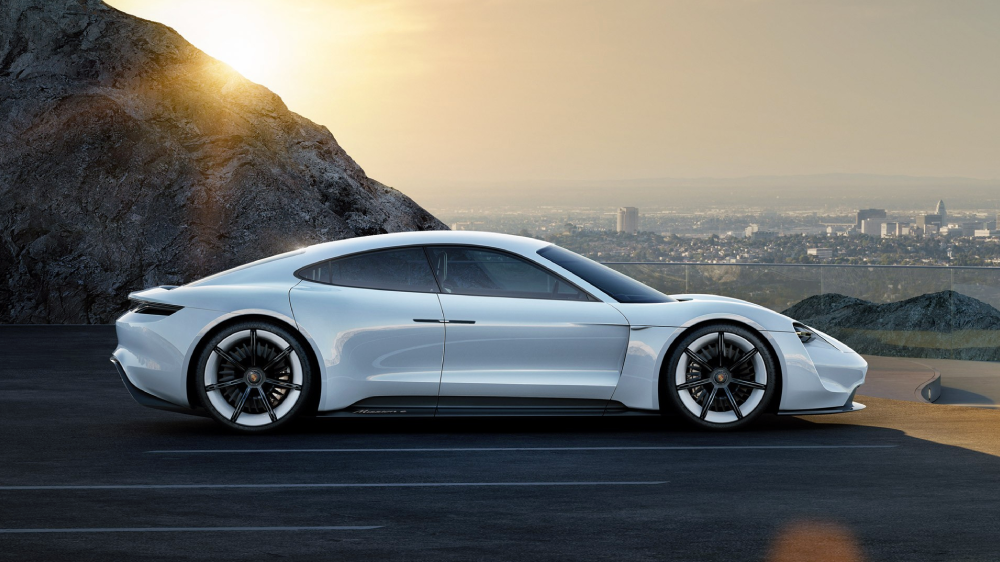 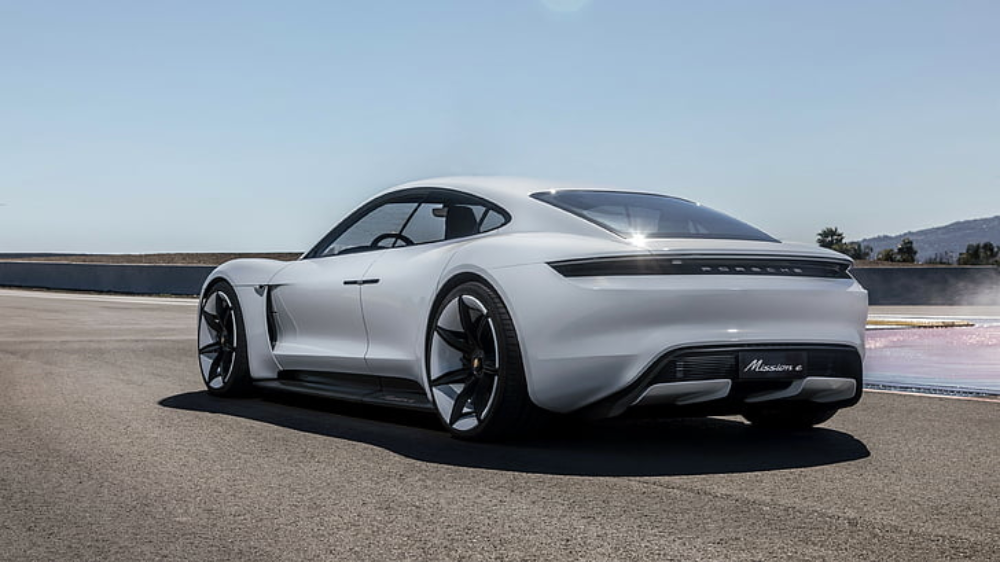 How cool does it look: Very. It showcases how traditional Porsche design elements and cues have been softened off and modernized to suit the EV. 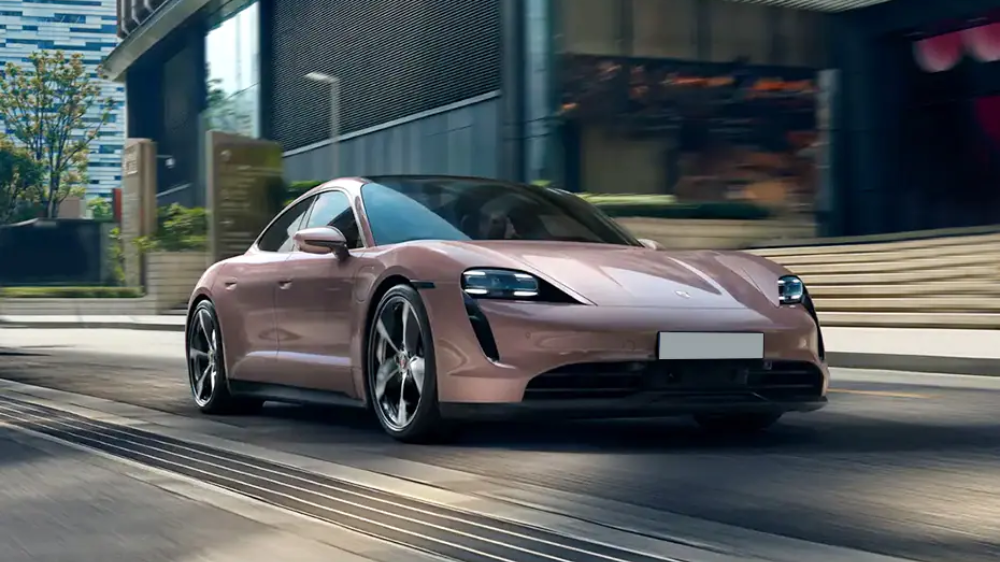 It features a 4 LED DRL configuration seen on other Porsche’s. The rear sees a lightbar running across the whole width of the car linking it to the 992 911. 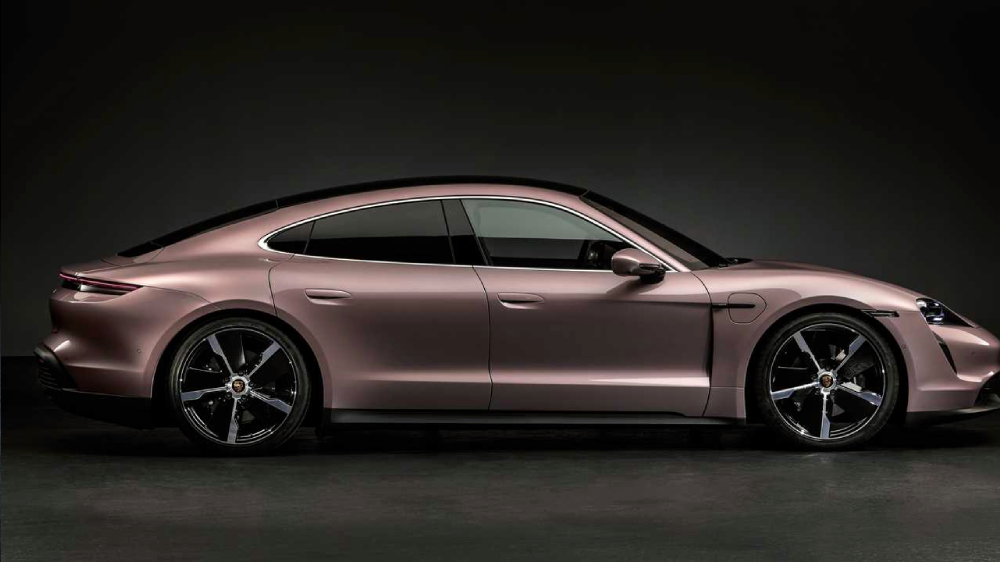 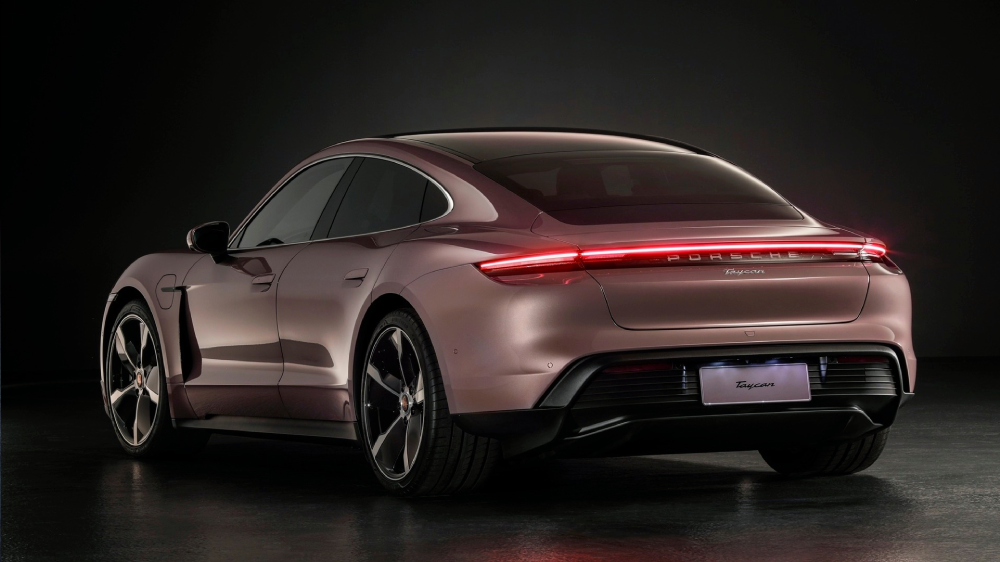 Is the Cross Turismo any different: Yes. It is essentially an estate version of the taycan. It gets you 30mm of extra ground clearance along with some mild body cladding. Small design touches help differentiate it and allow the Cross Turismo to be more India-friendly. 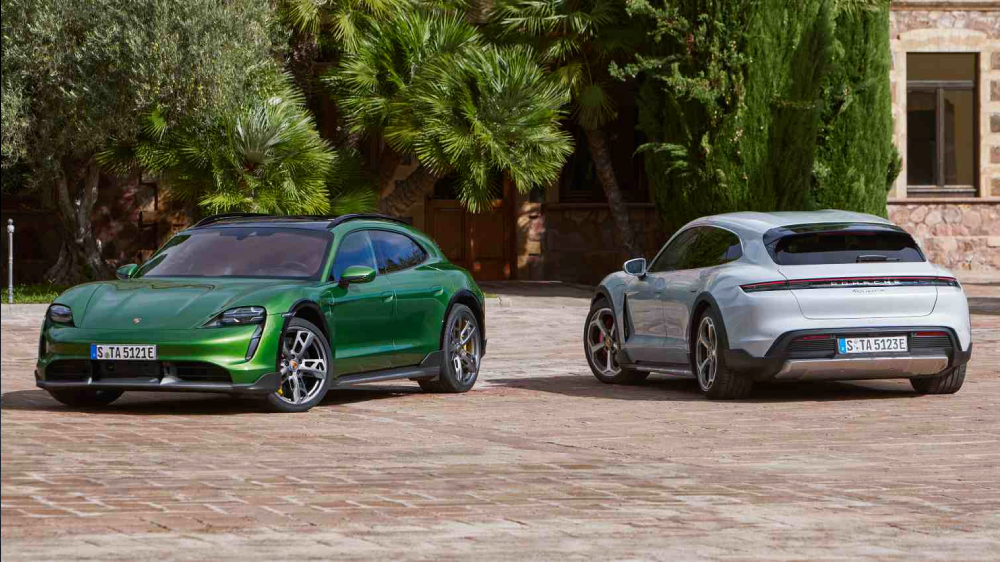 Does it feel nice on the inside: The future follows in here as well. Capable of being optioned with as many as four screens, the Taycan is a peek into the future of cabins. 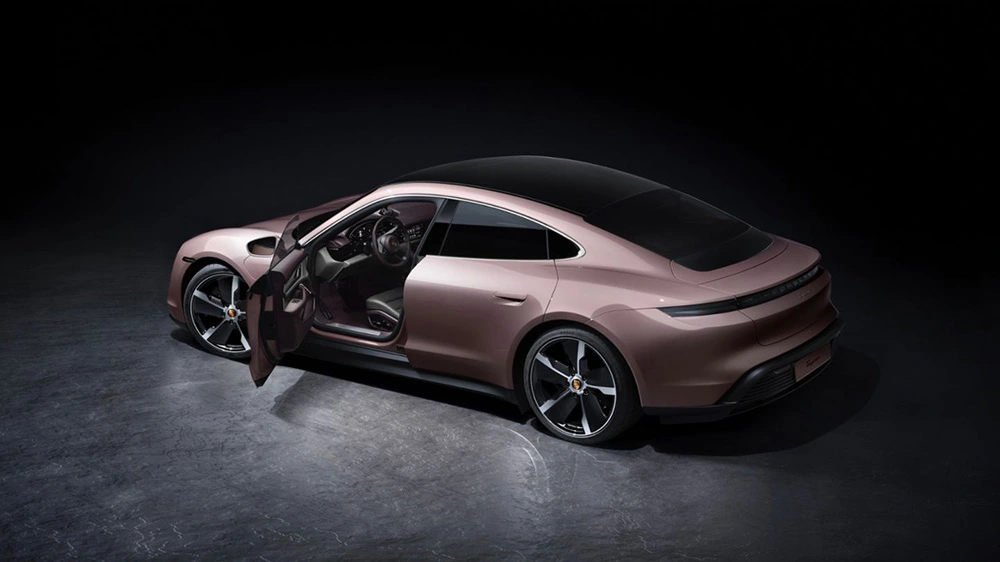 The EV replaces the need for physical buttons with pressure-sensitive panels showcasing minimalism. Space on the inside is good as well, with the battery pack mounted under the front seats. This allows for rear passengers to stretch out more than the petrol-powered Panamera. It also has 82L of frunk of 400L of trunk space. 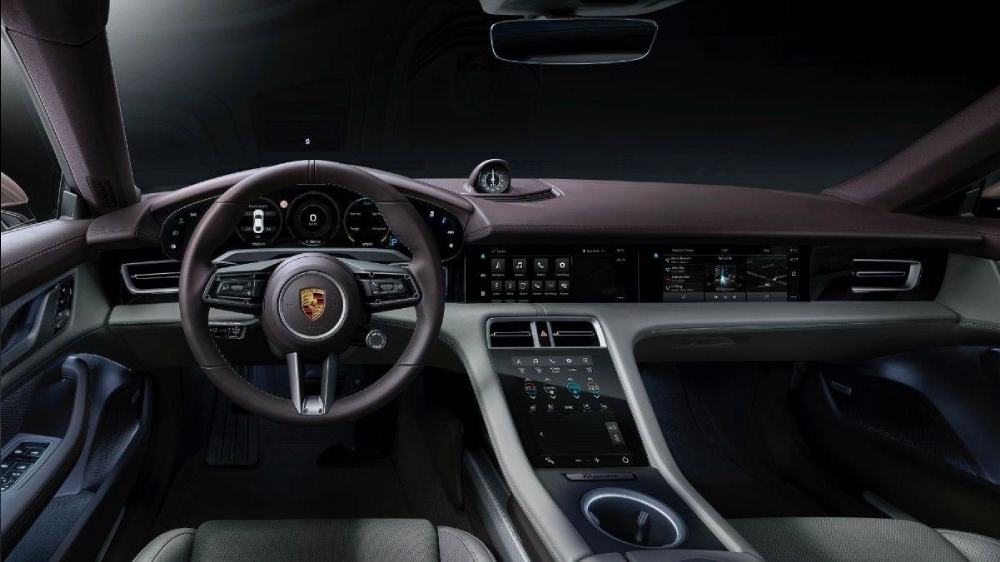 Tech loaded: The 4 screens mentioned earlier are a 16.8-inch digital instrument panel and a 10.9-inch infotainment screen. An 8.4-inch screen for the climate control sits below these. A fourth, 10.9-inch touchscreen for the front passenger, can be optioned too.

It also debuts wireless software updates. These will be capable of changing performance and battery characteristics. 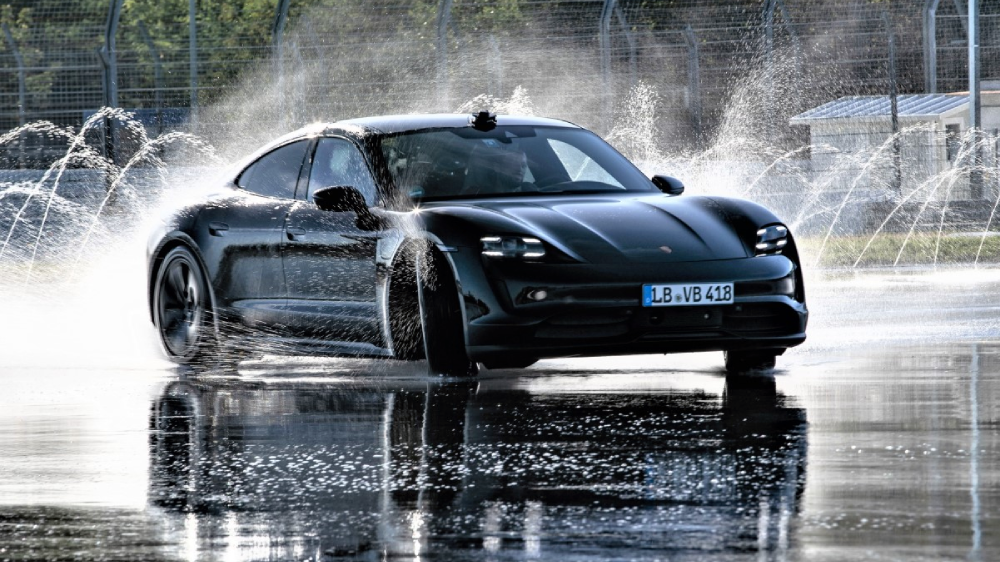 As part of the kit, you get 20-inch alloys, adaptive air suspension that can lower the car by 22mm. Apple CarPlay, a Bose stereo system, matrix LED headlights, and dual-zone climate control are also included. All of the above is part of the pack for the Turbo and above.

How fast is it: The standard Taycan is RWD, while all the others are AWD. While the RWD gets a single electric motor, the AWD gets two! The standard Taycan makes 408hp while the 4S 530hp and Cross Turismo 4S 571hp. 0-100 claims for the 4S are, as you guessed, 4.0 sec.

But hold on, because if you thought that sounded quick then the Turbo is something else. 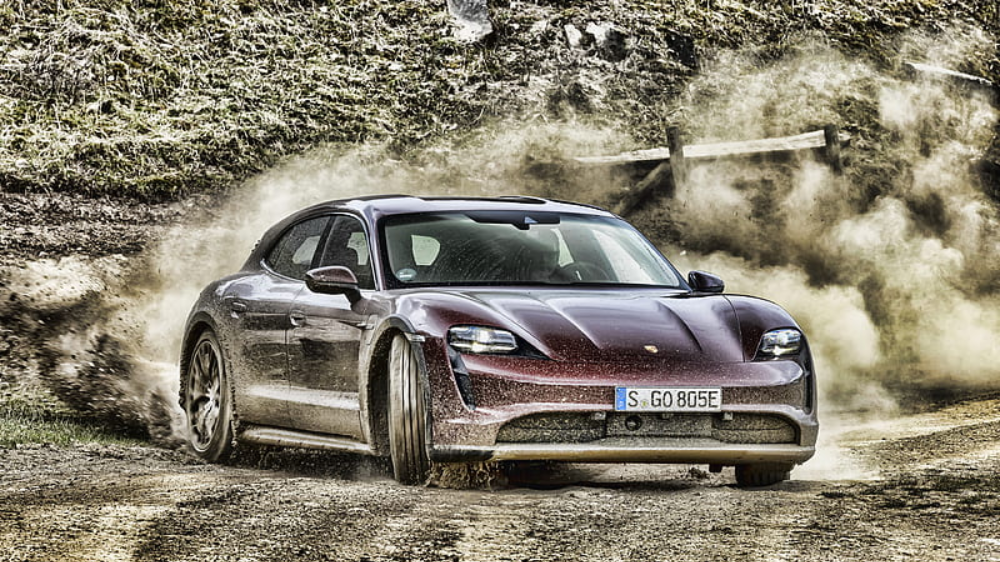 Duracell or Eveready: Jokes apart, the Taycan can be specced with two battery packs. The first is a 79.2kWh and the second a 93.4kWh one. The former comes on the standard and 4S while the latter on the Turbo and Turbo S body styles. Range anxiety should not be an issue with an estimated 484kms of range on the standard battery pack. Fast charging at 350kW can get you from 5 to 80% in just 20 minutes. A 50kW DC charger does the same job in 1.5 hours and a regular 11kW charger takes 9 hours.

Rivals: Apart from its sister, the Audi e-tron GT the Taycan has no rivals. Yes, the SUevs are present which will create some weird comparisons. It undercuts the Audi by about 30L if you opt for the standard Taycan RWD.

The future is here. It is fast, mind-bogglingly fast but will the lack of drama be finally overlooked?