Raindrops fell from the heavens, V10s woke up to play and drivers had grins plastered on their faces.

If you were at the Indian Oil 100 Octane Fuel Pump located in BKC, you would not be able to concentrate thanks to the insane spread of cars on display while they were getting refueled. With the orange twins from Sant’Agata Bolognese, a German muscle car trio, an American muscle car trio, and a few others, this drive was about to get a whole lot louder! 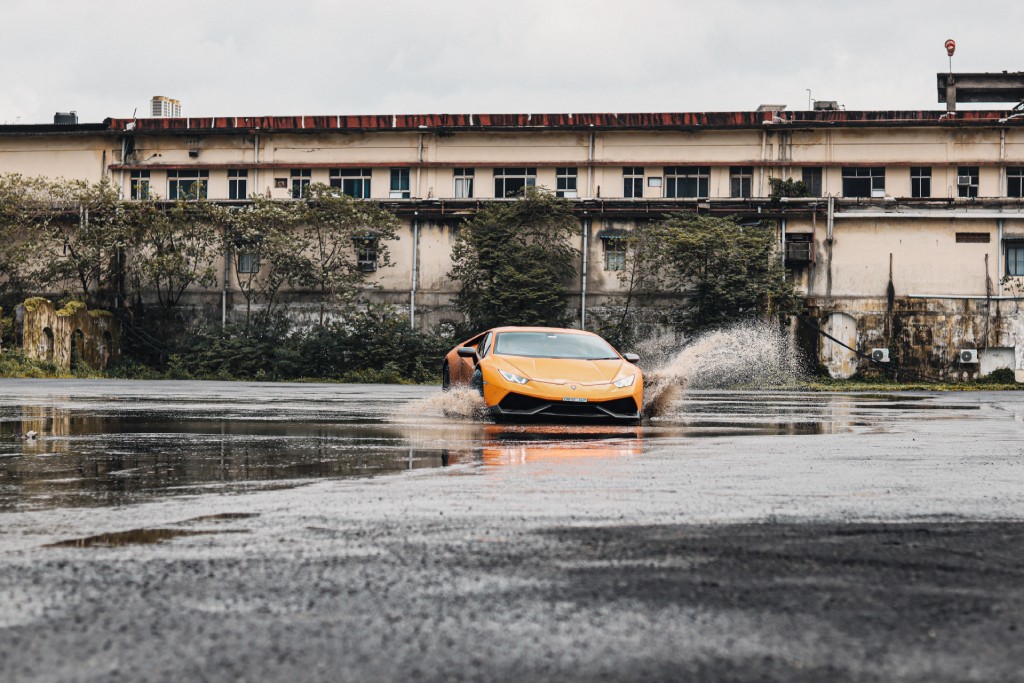 7:30 am saw the decibel levels in BKC increase with the convoy departing quickly towards the SuperCarClub & Garage located in Thane. The 30 kilometers in between witnessed a flurry of colors ranging from Arancio Borealis to Triple Yellow to Obsidian Black flying past them with a soundtrack consisting of the 2JZ, V6, V8, and V10 adding to the aural pleasure.

Unlike many previous drives, this one did not dry up and was wet throughout. With the gates wide open at the SCCG, the cars started to pop in and were lined up like skittles to cool down prior to the intense drifting session scheduled for later in the day. The visuals in the parking lot have changed my opinion that clean cars look beautiful. Seeing these twenty-odd beasts cooling-off splashed with mud and water on them looking imperfect, ended up looking perfect. 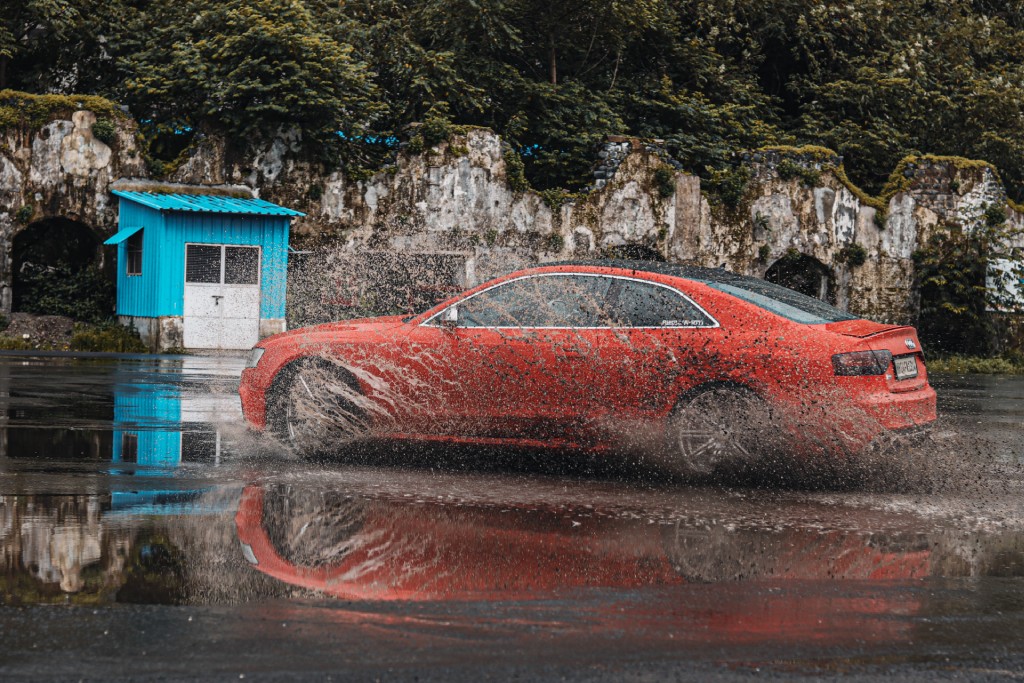 A quick breakfast at the SCC Café ensured that everyone was wide-eyed and awake to now go sideways. However, every visit at SCCG is incomplete without a tour around the workshop floor to witness the other exotics being worked on, allowing owners to plan their next services here. What we did witness were a few glimpses from the GS garage, in the form of the supercharged Mach 1 Mustang along with a WIP Datsun 240zx and two very different V12’s in the form of the Lamborghini Murcielago and Ferrari 599 GTB.

A small distance from the workshop lies the drifting track and my oh my were we blessed by the rain gods who had ensured the track was wet but not wet allowing us to slip and slide and witness one of the most beautiful visuals. To start off, a Ford Mustang headed out judging conditions and 30 seconds later, a few donuts confirmed the track open for fun! What followed was screams, pops, and crackles of the LP-610-4 Huracan Coupe which being a 4WD version managed to put on quite a show, sideways and in the straight line. A special mention goes to a 981 Porsche Boxster GTS which went absolutely bonkers while sliding about showing how much fun a large engine in a small chassis can be! However it was the C63 AMG that really really had the most fun sliding about and at its wheel was none other than C63 fan #1, DD who seemed to be missing his own beast which is currently in the shop for some goodies! 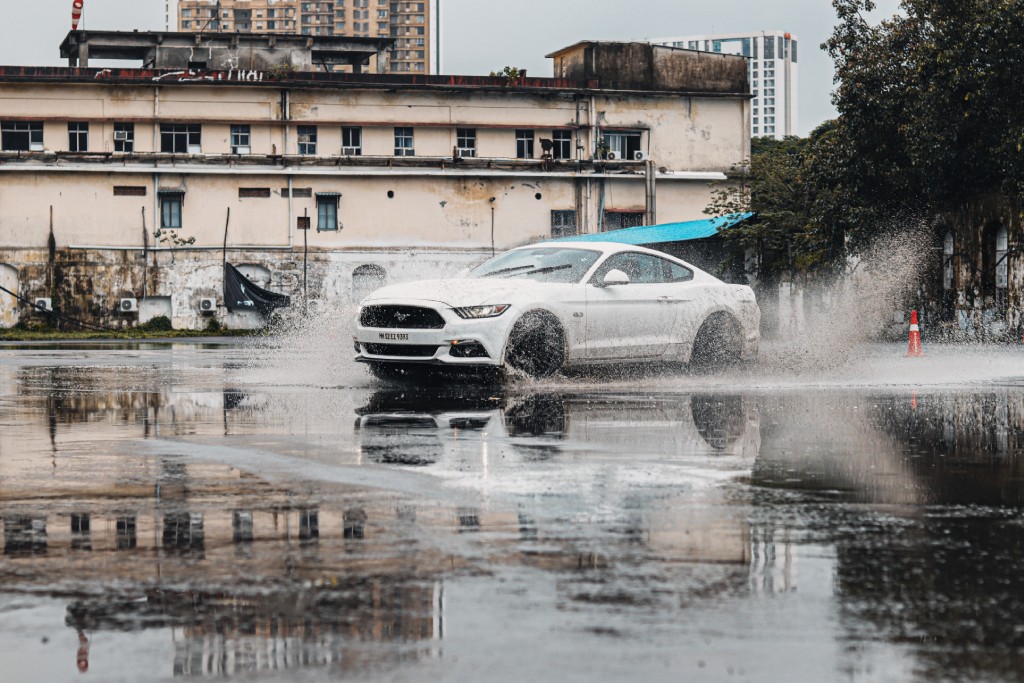 A cooldown session allowed for all the cars to be assembled for individual and then group photos showcasing the diversity of the convoy which had driven there! From the 1995 Toyota Supra to the trio and duo’s of supercars it was a sight to witness. While larger events are currently banned due to COVID restrictions we definitely look forward to smaller-scale ones ensuring that both the owners and cars have fun sliding about!