67 years ago, somewhere in Stuttgart, Germany was an excited team of engineers and designers with a star on their shirts, smiles wide across their face for their about to be launched labor of love in the form of the now very very iconic 300SL (It had a 3.0L engine and its body was best described as Super Light) Gullwing. 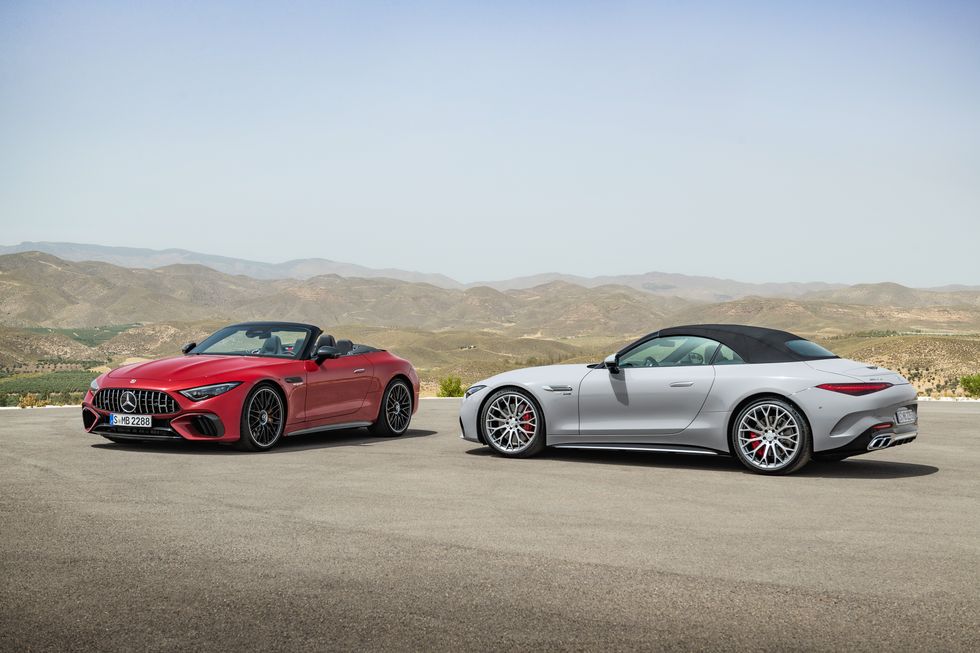 67 years later the SL has evolved from having gullwing doors and proportions to make one gawk to something we had almost forgotten after the last generation did not exactly recreate the magic previous generations of the SL had managed to do so. 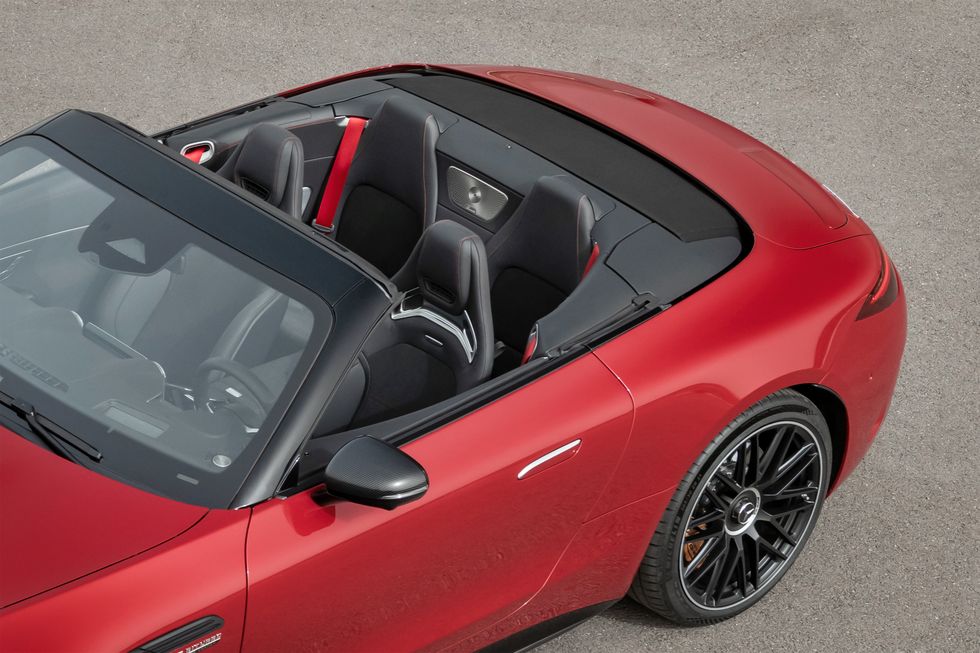 But in 2021, Mercedes Benz has decided to revive the name but only as an AMG model which will replace its current top-of-the-line roadster (temporarily until the next-gen GT is launched), the AMG GT Roadster as a luxury missile with a lot of headroom. The 2021 SL will only be available in 55 and 63 AMG spec with both running a 4.0 V8 Twin Turbo setup in different power tunes sending power for the first time to all four wheels via 4Matic. 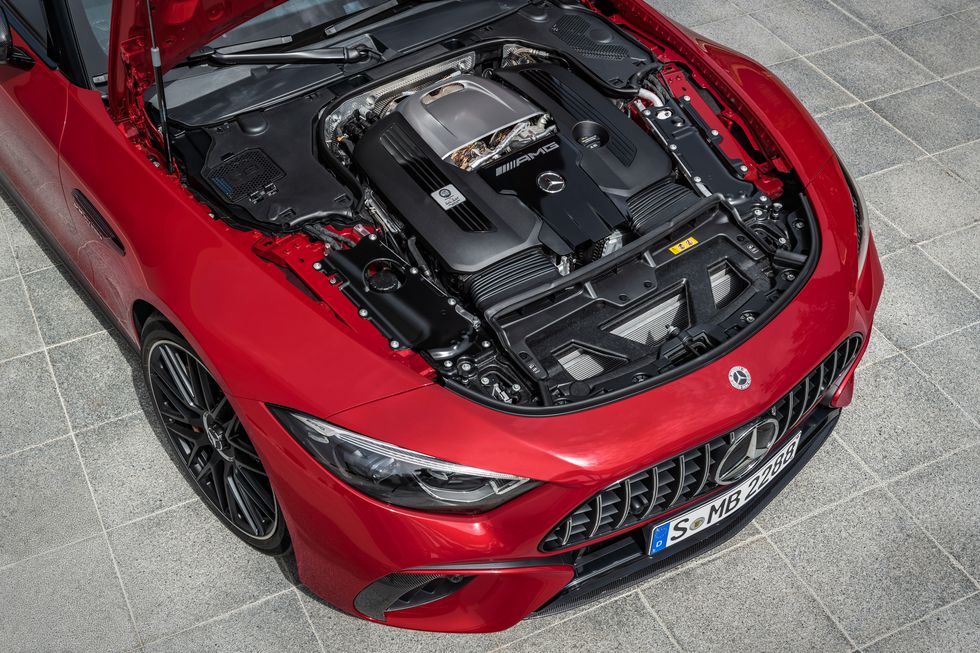 Well in the quintessential sense it does but this time, it seats 4 instead of 2 and has a fabric roof in favor of the metal folding ones previously seen. It also is much more rounded off this time around with the body lines not being as bold or shouty as earlier thanks to the less-exaggerated hood length, and a stubbier tail. 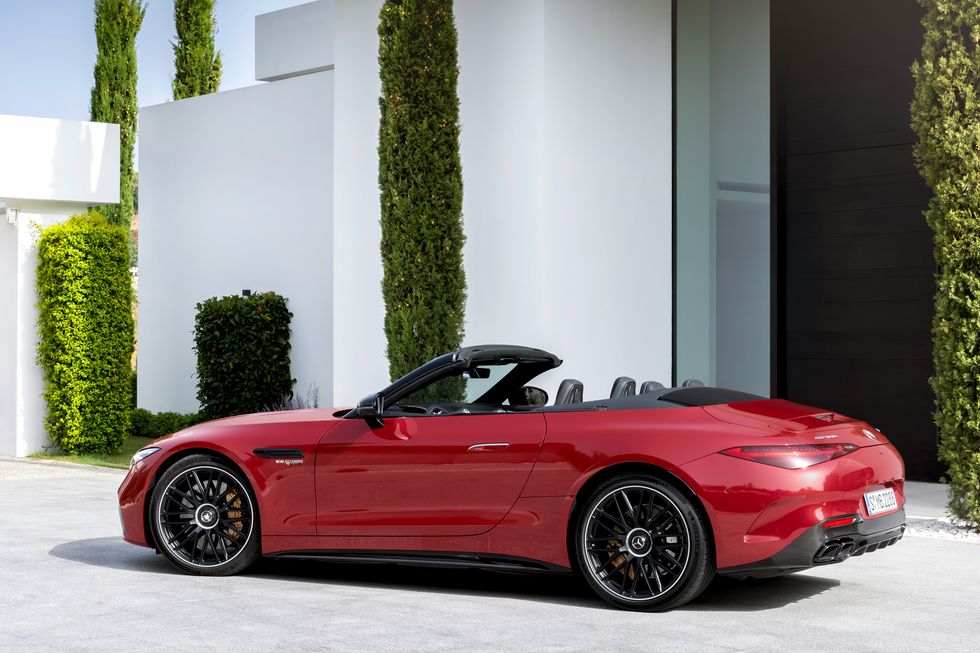 It wears the Panamerica grill well and has massive aero intakes on the front located below the headlights with some color contrast elements reducing the visual weight. The rear end is quite different with an almost slope-like angle on the boot matching the rooflines and giving you a poetic view as it whizzes past you and you stare at it in awe.

Yeah, but is it fast?

The name is changed to Mercedes-AMG SL 55&63 and this should be your indication that Mercedes have changed their priorities with this SL generation. Both feature the handbuilt 4.0 Twin Turbo V8 which puts out 469 hp vs 577 hp sent to all wheels via a 9-speed AMG MCT gearbox. Reports say that a plug-in hybrid system is also on the way, which will bump up the power to 804 hp on the 63 AMG. It was also made to run on the treadmill and has shed a lot of the weight which made the previous gen cars feel a tad bit slow. 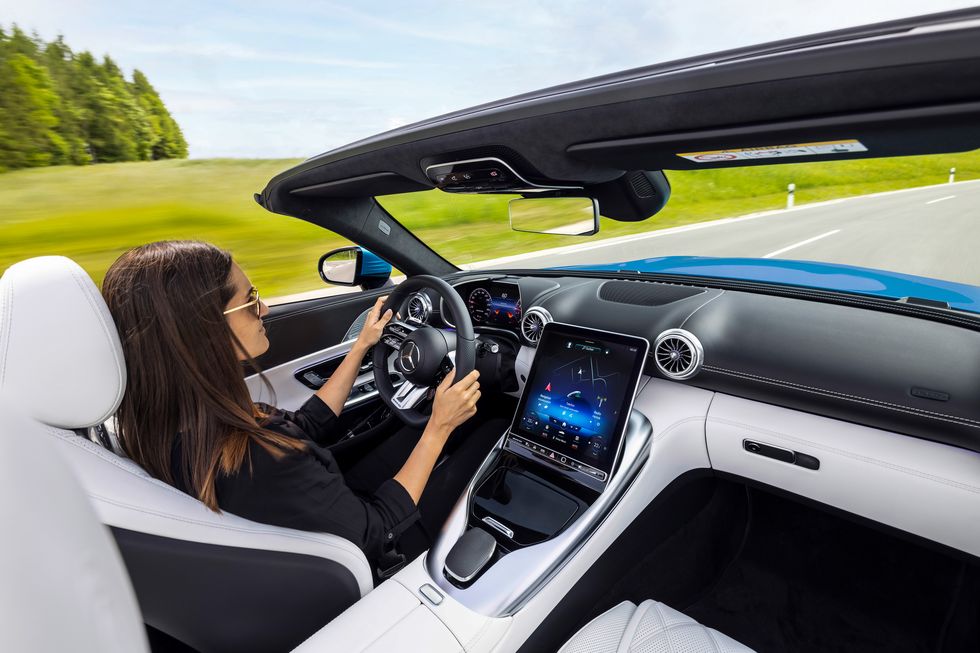 Ok, it’s fast but what about the inside?

Now, this is something that made me fall in love with the R129 gen SL, for its analog dials, odes of buttons, and leather on every surface. However the 2022 SL does things differently with a digital instrument cluster and a large center touchscreen, but they’re not merged under a single piece of glass as in some Mercedes models. Instead, the SL uses separate screens as in the new S-class. In the roadster, however, the 11.9-inch portrait-oriented center display is adjustable in angle to be more easily seen with the top down. Of course, the infotainment runs the latest MBUX operating system including the “Hey, Mercedes” digital assistant. Active multicontour seats with massage are standard, as are Mercedes’s Airscarf neck-level heating and (in the SL63) a head-up display. 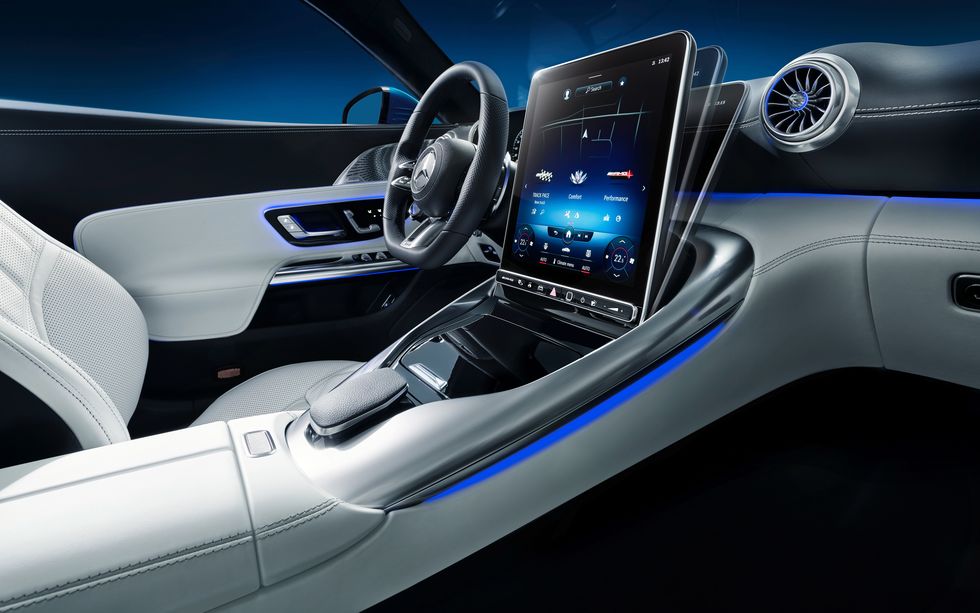 So does it recreate the magic?

Well we haven’t driven it so can’t comment on that front but from the pictures exploding the internet, we can be sure to say that the 2022 SL is going to be a head-turner in any spec, with the roof up or down, and will find many many homes thanks to its balanced setup allowing it to be used more frequently than an AMG GT Roadster. The 2 back seats are a bonus allowing you to flex harder with more friends, the soft top allows you to take long road trips without worrying about luggage space, the 4Matic system allows you to drive it anytime and with all of this and the above the 2022 SL surely puts the Sexy back in the S and Luxury in L. 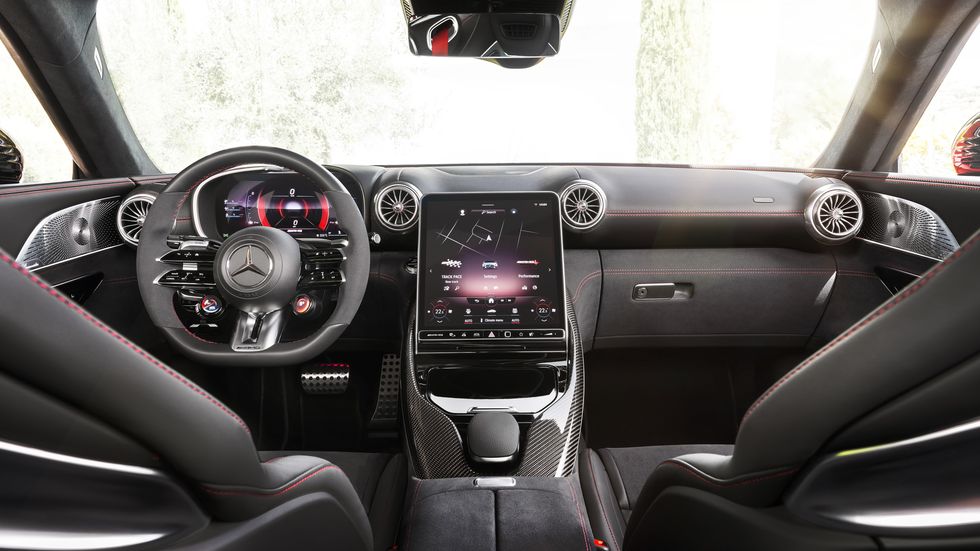 Now we only wait to get our hands on one!